It’s a given that when the Skipper and Wildlife Guides ask guests “do you have any special requests for your cruise?”, puffins are on the list! Puffins have great appeal because of their small size and comical walk as well as their distinctive rainbow coloured bill, white cheeks and clown-like black stripe down over each eye. One of the delights of puffins on the west coast of Scotland is that they are so unafraid of humans – and in some cases downright friendly!

Several of our cruise itineraries in 2019 allow close encounters with puffins, timed for the end of April until the beginning of August, when the puffins are ashore to breed. At these times puffins can be easily spotted floating in large groups on the water or flying past. There are many other species of nesting seabirds to be seen, often nesting on cliffs in large numbers, a wonderful sight and sound. Dolphins, porpoises, seals and minke whales are also frequently spotted on these cruises and many other bird species from white – tailed eagles to Manx shearwaters.

Idyllic Islands: Mull, Iona and the Treshnish Isles includes a stopover at the Isle of Lunga in the Treshnish Isles to go ashore to visit the puffin colony, where it is possible to get very close to nesting puffins, allowing them to approach you.  Iona is a hotspot for the rare corncrake.

Skye and the Small Isles: Hebridean Horizons can call in at the Isle of Sanday, off Canna, one of the Small Isles. The puffin colony is on a stack off shore so it’s not possible to go ashore but the sight of thousands of puffins wheeling around the stack and flying very close to where you are watching is exhilarating.

Skye, the Small Isles and the Shiants. The Shiants is a major breeding ground for puffins and it is possible to see them both on the water and onshore. Cruising the cliffs to see hundreds of thousands of nesting birds in this magical wilderness is an unforgettable experience.

Hebridean Islands Photography Cruise is a one-off cruise, now in its 11th year with us, led by wildlife expert and professional photographer Chris Gomersall. You don’t have to be an expert photographer to join this cruise, but if you are interested, you are guaranteed some great shots! This cruise often calls in at the Small Isles and Lunga.

St Kilda and the Isles of the Outer Hebrides. Last on the list but certainly not least – St Kilda is simply teeming with birdlife and is the major breeding ground for puffins in the UK. Although puffins can be easily seen on the water and flying around, it is actually quite tricky to access their nesting sites, because of the terrain of St Kilda, although usually some nests can be seen near Village Bay. This cruise may also visit the Shiants. 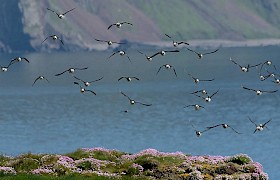 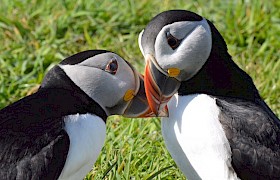 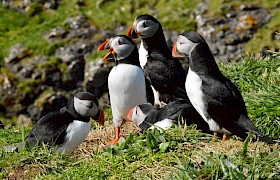 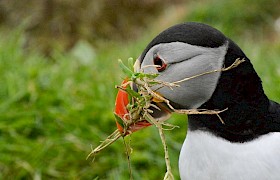 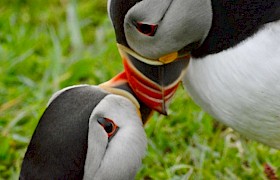 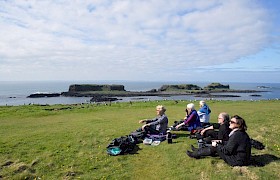 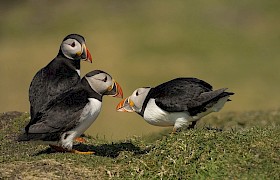 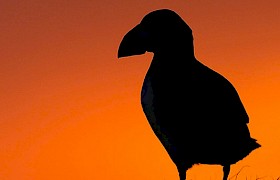 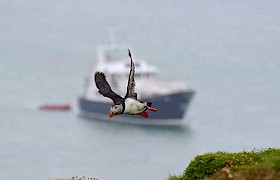 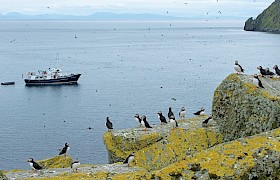 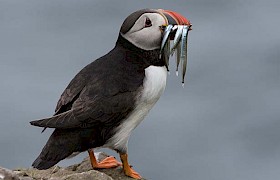 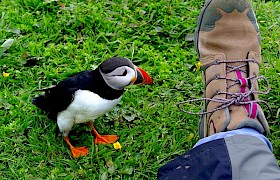 This was our fifth trip on Elizabeth G and once again Rob and his superb team (including shore based Emma) delivered another fabulous holiday. Last years didn’t happen due to circumstances beyond everyone’s control. It was great to be back at the sharp end wildlife watching in the dramatic sea and landscapes. Lynsey, the wildlife guide, shared her encyclopaedic knowledge of all things animal and mineral making the holiday even more enjoyable. Sian produced the most delicious menus in quantities way above our capacity although we did our best, especially Jeff. This was our third trip with Craig and it’s just like holidaying with a family friend nothing is too much trouble, superb service. Although sea conditions didn’t allow us to keep to the original itinerary Rob ensured the alternatives were just as rewarding and his choice of overnight anchorages were idyllic and of course there was the mandatory hand dived scallops for dinner on the last night. The wildlife didn’t fail to deliver, breading birds by the tens of thousands on the towering sea cliffs, rafting on the sea and soaring overhead. Plus enough eagles whales and dolphins to keep everyone happy. St Kilda next year. Jill and Dave Jones