One of our most favourite stopovers, the Shiant Islands, are a small group of islands in the Outer Hebrides, 4 miles or so off the coast of Lewis and 12 miles from the northern tip of Skye, which lies almost due south of them. They are a specially protected area and without doubt, one of the marvels of the Hebrides. Find out availability on our Skye, Small Isles and Shiants Cruise> The Shiants are also a popular destination for our Private Charters.

The Shiant Islands are one of the great bird places of the world, with so many birds that counting them is nearly impossible. According to the best estimates of modern ornithologists, there are between 15,000 and 18,000 guillemots, 8,000 to 11,000 razorbills, between 4,000 and 6,000 fulmars, 2,000 kittiwakes, roughly 1'500 shags, a few hundred gulls of various kinds (whose numbers are rising), 26 great skuas, also on the increase, and 240,000 puffins, about 1 in 8 of the British total and 2 per cent of all the puffins in the world. In July 2009 Europe’s oldest puffin, aged 34, was discovered on the Shiant Islands, beating the previous record holder, an Icelandic bird, by 1 year. An ancient 32-year-old puffin was also found which had, unbelievably, originally been ringed on the same island in 1977.On our cruises we have also seen white-tailed eagles here.

We anchor overnight in the ‘Horse Shoe harbour’ which provides excellent shelter. Watching the birds flying in on late summer evenings is an unforgettable sight. We cruise around the sea cliffs, to view the birdlife and to soak in a great sense of wilderness.

The main islands are Garbh Eilean (rough island) and Eilean an Taighe (house island), which are joined by a narrow isthmus, and Eilean Mhuire (island of the Virgin Mary) to the east. Eilean an Taighe was called Eilean na Cille (island of the church) prior to the 19th century. The seacliffs on the North side of Garbh Eilean are similar to St.Kilda and the Islands are often described as a “mini St.Kilda”.

The Shiant Isles are now uninhabited but an ongoing archaeological research project has uncovered ceramic remains dating from the late bronze age through to the mid 20th century, including Pictish and Viking artefacts.  The Islands were given to Adam Nicolson on his 21st birthday and his book “Sea Room” tells the story of these islands and his emotional attachment to them  which is well worth reading. 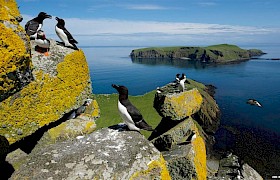 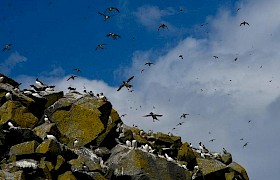 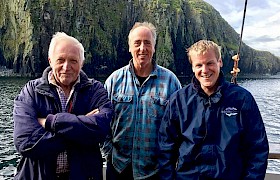 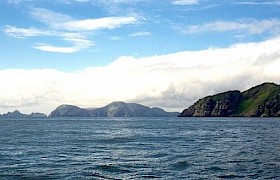 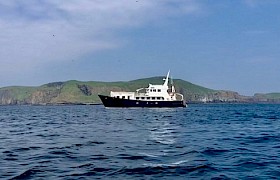 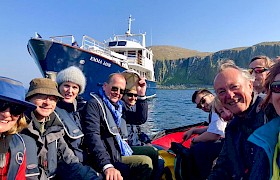 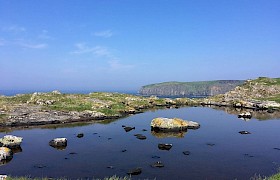 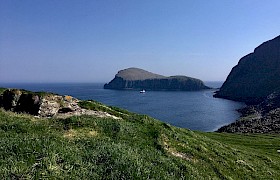 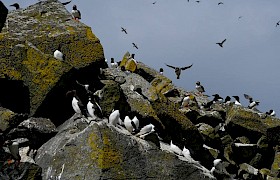 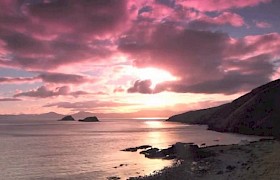 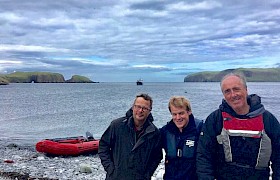 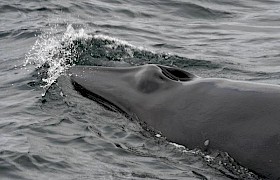 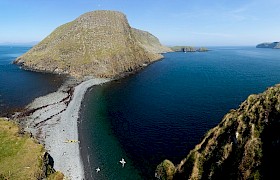 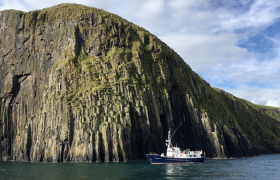 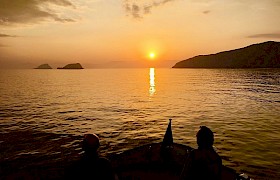 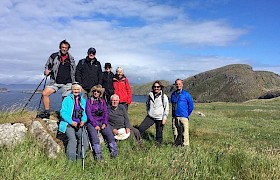 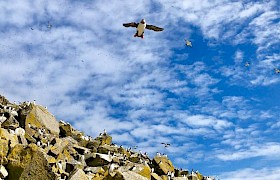 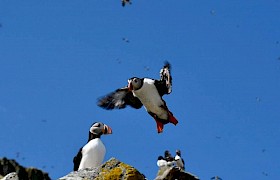 Always wanted to go to the Hebrides and this was a fantastic way of doing it. The boat was very comfortable and James and Ritchie we’re masters at keeping it that way. Great wildlife spotting - thank you Lynsey and don’t forget to enter that amazing dolphin photo into a competition! Calm, capable Kat with the beautiful soft accent, and cook extraordinaire Emma with the wide smile - all of you guaranteed that the trip was extra special. Was a heavenly respite from the cares of the world. Thank you all involved.