Record number of dolphins in the Hebrides

Home / News / Record number of dolphins in the Hebrides 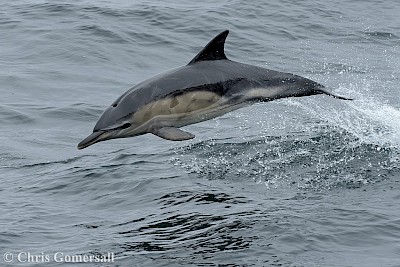 Conservation charity the Hebridean Whale and Dolphin Trust said that from its research yacht Silurian, which was used in the BBC TV programme Blue Planet, volunteers and scientists spotted 2,303 common dolphins, 42 bottlenose dolphins and 94 Risso’s dolphins in its 2016 expeditions.

The figures for all three species are the highest recorded in the charity’s annual surveys.

Dr Lauren Hartny-Mills, science officer at the trust, said: “The reasons for the high number of sightings of these charismatic dolphin species and the broader effects on the marine environment and other species remain unclear.

“But the intriguing findings highlight the importance of ongoing monitoring and research to strengthen our understanding of what is taking place in Hebridean waters and to ensure well-informed conservation action.”

The latest findings came during a research season lasting from May to October, as part of the trust’s citizen science project monitoring whales, dolphins and porpoises – collectively known as cetaceans – and basking sharks in the area.

The charity, based on the Isle of Mull, now holds data from a surveyed area measuring more than 95,000km.

It aims to pass the 100,000km milestone during 2017 and recruits volunteers to work for two-week periods between April and September.

“Long-term scientific studies of this globally-important habitat and its inhabitants are crucial if we are to ensure a secure future for the Hebrides’ spectacular cetaceans.”

We had an idyllic cruise on the Emma Jane. We have enjoyed several cruises on the Elizabeth G and this trip has fully lived up to our expectations in terms of the wildlife and itinerary plus the extra space and comforts offered by the Emma Jane. Puffins on the Shiants were breathtaking and a couple of minke whales gave us a wonderful performance. James, Lynsey, Alex, Cathy and Kevin did a great job in getting us to the right places at the right time and looking after us so well. The food, as always, was exceptional. We will definitely be booking another cruise before too long.