Cruise the Southern Hebrides in 2023

The "Sea Kingdom of the Southern Hebrides" 8-night cruise

New for 2023, this exciting cruise travels south from Oban to explore the islands of the Southern Hebrides.  Cruise an ancient sea journey, following in the wake of the Lords of the Isles who were the Scottish nobility even before the Kingdom of Scotland existed.  Each island where we drop anchor has its own individual fascinating character and history; the Garvellachs, Jura, Islay, Colonsay, Gigha and Seil.   The pristine waters surrounding the islands are a sea kingdom for rare marine wildlife including dolphins, whales, basking sharks and porpoises.

Our first port of call is likely to be the remote and uninhabited Garvellachs, a chain of four small Isles set in a dramatic seascape, with tidal races providing a sensational cruising experience. The islands evoke a strong spirituality, evident in past history.  The well-preserved ruins of an ancient Celtic monastery, believed to have been founded by St Brendan in 542 AD, is on the Isle of the Saints.  A nearby favourite anchorage on Loch Bogh Gleann nam Mac overlooks the tide race of the Gulf of Corryvrechan and offers excellent walking on shore.

The Isle of Jura has a barren, truly wild feel.  Our first anchorage is the very remote but sheltered Loch Tarbert with a coastline of sandy beaches and inner lochs to explore.  There is a colony of seals, with wild goats and lots of deer and perhaps a sea eagle to spot.   Returning to civilisation, our second anchorage on Jura is off Craighouse, the only village on Jura, with a distillery and pub for a pleasant change of scene.

A five-minute hop across the Sound of Jura is all it takes to reach Port Askaig on Islay, home of the famous Bunnahabhain Distillery in its stunning coastal location, which also offers excellent walking. Finlaggan on Islay holds an important historic role as the ancient seat of the Lords of the isles,

The Isle of Colonsay is a thriving island, fertile and wooded, with archaeology of international importance and a welcoming, vibrant community.  The rare corncrake and chough both breed on the island and its fascinating tidal neighbour, Oransay

Also known as “Gods Island” Gigha is the southernmost isle of the Southern Hebrides.  Community-owned and only seven miles long and a mile wide, it is stunningly beautiful, surrounded by turquoise seas, with a coastline peppered with glorious beaches

A favourite remote anchorage for the last night onboard is Ardencaple Bay, the Isle of Seil, one of the “Slate Isles”. The Bay is very pretty with lots of skerries where seals haul out to watch you enjoying the final sunset of the cruise.

There are two dates for this 8-night cruise in 2023 departing July 15th aboard Emma Jane and July 29th aboard Elizabeth G - book now! 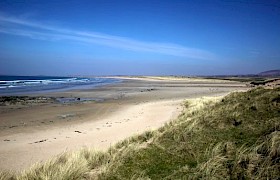 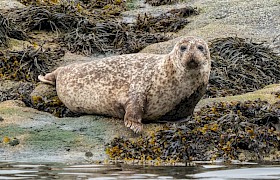 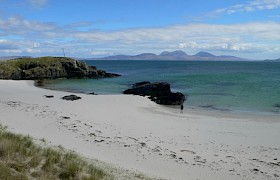 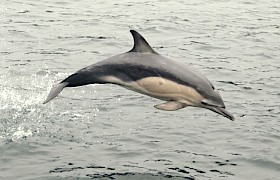 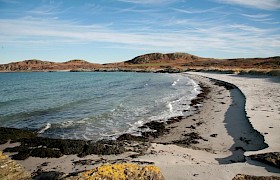 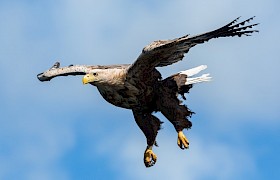 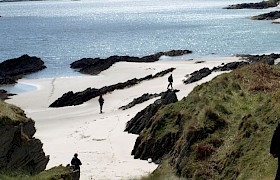 Thank you for such a wonderful, relaxing holiday. It was the first time we had been to the Western Isles and traveling on the Emma Jane was the perfect introduction to them. We couldn't have asked for a better Skipper and crew in James, Lyndsey, Pip and Phil- they looked after us superbly throughout the trip.