One of the joys of travelling by boat in the Hebrides is knowing that you are going to view some great scenery, along with a very good chance you will also get to see some great wildlife.  This obviously varies from trip to trip and sometimes it can take a few days for the sightings list to grow.  Some trips see Dolphins or Porpoise during the first few days, whilst on other trips it may be towards the end of the trip when a Minke Whale decides to show itself very close.  Sometimes you will need to be patient and wait to see what shows during the days ahead.  But, the thrill of not knowing what is going to show up will usually pay dividends and you will be rewarded with good sightings during the voyage.

During the second day of a recent trip to the Hebrides on Elizabeth G, we had just returned from a pleasant walk on the islands of Canna and Sanday, Everyone was settling down to a cup of tea and slice of cake whilst getting ready to enjoy the onward journey across the Minch to Mingulay at the far southern end of the Outer Hebrides chain. Obviously it always pays to keep a good look out and everyone was hopeful that during this passage we might see a few Common Dolphins or with a bit of luck perhaps even a Minke Whale.

We had travelled for about six miles on our journey, and everyone had settled down to enjoy the warm afternoon; guests and crew were chatting, the sea had a few small waves and everyone was relaxing.  There was a good buzz onboard as we all had anticipations of what islands we would visit during the week ahead, what walks we would do, and what wildlife we would see.

The bridge is a good place to see the horizon as it is quite high up, and sometimes dolphins or whales are spotted from this higher vantage before they are spotted by those who are on the deck. This was the case on this particular Sunday afternoon when those on the bridge saw some marine life on the horizon.  At first it was in the far distance and people were unsure if it was Dolphins or a Minke Whale, but as we got nearer it was obvious it was much darker in colour and much bigger.  Very soon we realised we were looking at the huge dorsal fin of an Orca (also known as a Killer Whale)  this was clearly at least two metres in height and black in colour. 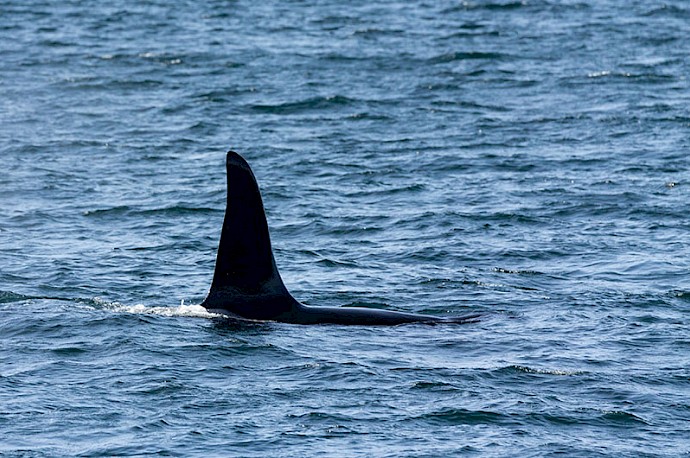 The Crew slowed the boat down and called everyone onto the deck with their cameras and binoculars so they could enjoy the views. Without any doubt, the sighting of an Orca is a rare treat in the Hebrides, this animal was identified as a large male due to its large dorsal fin size.  He surfaced a few times at mid distance, allowing everyone to get a view, before disappearing again into the ocean. 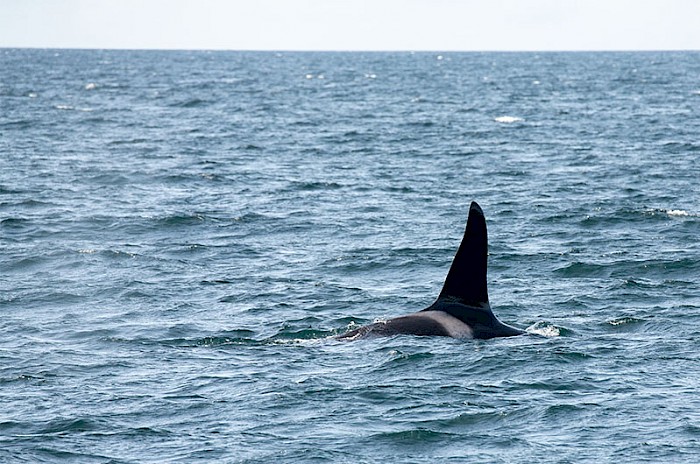 During this time we only saw one Orca, everyone was hoping he may be part of a pod and there was going to be more to see.  He kept showing his dorsal fin along with his back whilst he was breaking the surface of the water.  There may have been more than one Orca, but we will not know, he might have been trying to lure fish to swim deeper so they could be hunted by other Orcas below. 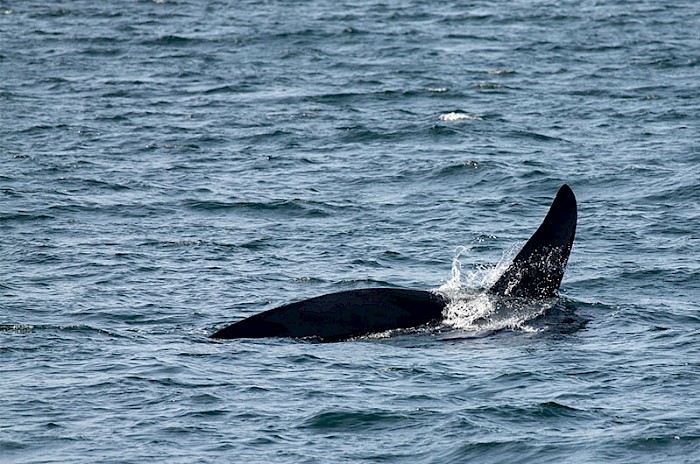 There was great excitement on deck as everyone scanned the horizon hoping the Orca would continue to surface again for more views.  We were in luck, as the Orca surfaced for at least another six or seven times during the next 20 minutes or so, allowing everyone to get some great views of this wonderful marine mammal. 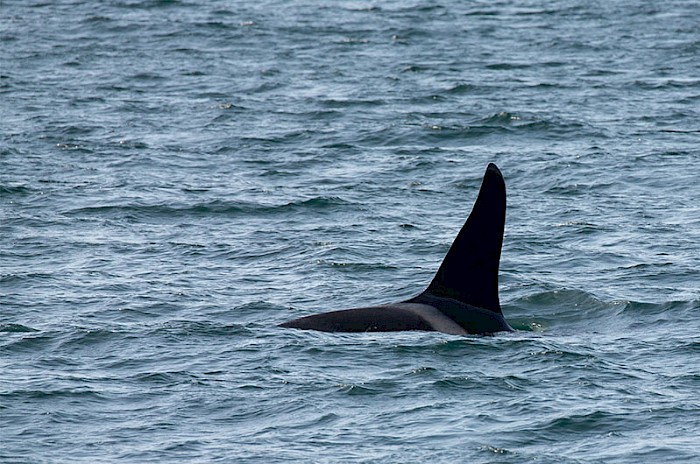 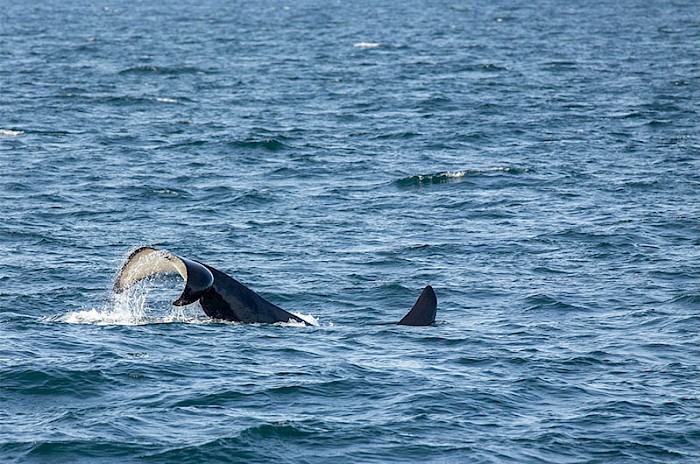 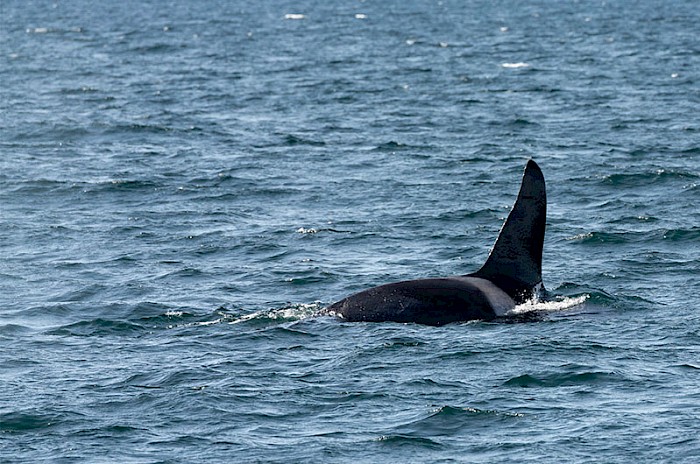 All the crew were very friendly, welcoming, helpful, cheerful and knowledgeable. Thank you also for the bottle of wine to celebrate our anniversary. Lyndsay was a great and enthusiastic guide both for the wildlife and walking. Rob was an excellent skipper, who kept us safe and all the anchorages were chosen for calmer waters, which was appreciated.  The scallops which Rob provided were excellent- thank you! Craig was a great aid in all manner of duties. The food was fantastic- thanks to Tony for a wonderful menu each day.